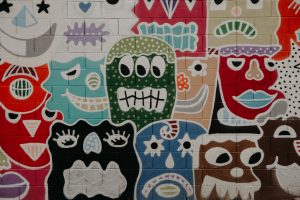 Wild conspiracy theories have polluted our country these days, and everyone is rushing to figure out why so many Americans are sucked into these clearly false and highly paranoid ideas. Apparently, 50% of Republicans believe that Hilary Clinton and others are involved in a child pornography ring run out of a pizza parlor, 42% believe that hydroxychloroquine is effective against Covid-19, 30% of them are aligned with that nutty Q-Anon stuff, and about 68% believe that Donald Trump won the election. But it’s not just Republicans. Twenty-five percent of all Americans believe that Covid-19 was a planned assault on the country, 40% think Covid-19 is no worse than the regular flu, and 33% think there is a “Deep State” trying to take over the government. These numbers are shocking in the face of mountains of evidence to the contrary.

These conspiracy theories are not only well planted, they are almost impossible to unroot. Once someone buys into one of them, no amount of real evidence or factual numbers does anything to shake their beliefs. Since conspiracy theories are so widely held, and held tenaciously, it makes sense to try and figure out what happens to people who fall prey to such idiocy.

Various analyses by psychologists, historians, political scholars, and those with first-hand experience trying to extract people from their mind-bending rabbit holes have suggested that those who ascribe to conspiracy theories are drawn to them because of particular psychological profiles. Adherents are usually people with high anxiety levels, low feelings of self-worth, often socially isolated, and they feel out of control and put upon by others. Combine those traits with the spice of narcissism and you have someone attracted to grand theories that explain everything from a pandemic to resentment about the size of a paycheck. By latching on to some wild theory, especially if they’ve spent a lot of time buried on the internet as the solitary searcher of answers, these disciples feel they’ve “done their research” and know more than everyone else. They suddenly feel equal to those who are more highly educated such as the scientists and academics who make them feel small. On the internet, searchers also connect other individuals who are there for the same reasons and they become part of an all-knowing cabal, and less afraid even if the conspiracy itself is scary. The whole process ends up as an exercise in binding anxiety and low self-worth and that, in turn, can feed and reassure an ever needy narcissistic mind.

But this kind of personality analysis misses the larger fact that conspiracy theories have been with us forever; many people across the ages and across cultures have been sucked into this kind of craziness. To an anthropologist, that means it’s time to take the evolutionary and cross-cultural view because conspiracy theories and their adherents are a universal feature of our species.

From the time that anthropologists went into the field and began noting the behaviors and beliefs of non-Western people, they discovered that every culture has its own belief system molded by history, economy, and necessity. Every culture has origin stories, ideas about what happens after death, where sickness comes from and how to cure it, good and bad luck, how babies are made, the power of gods and ancestors, on and on. While some of these ideas might seem wild and often unprovable or false to a Westerner, keep in mind that our belief systems can be just as wild and incorrect as those of non-Western cultures.

Also, throughout the history of Western culture, people have been fantasists. While working on a book about a 15th century Venetian map, I have been studying medieval maps of the world drawn at a time when most of the world was unknown to Westerners. But of information didn’t stop them from filling in the holes on a map and bending geography to support their Christian beliefs. For example, they put Jerusalem in the center of the map as if it were the center of the earth, made a place for “paradise” on earth surrounded by a wall, or a wall of fire, and every map had a fictitious Garden of Eden with Adam and Eve in residence. And when they didn’t know what lay beyond their known geographic world, the cartographers put monsters and humanoid creatures on their maps. Those images include people hopping around on one big foot and some that looked like parasols; there are also griffons, weird savage beasts, fallen angels, and Satan. One map has a wall way up north to guard against Gog and Magog, supposed marauding cannibalistic savages, who were, according to legend and religious beliefs, expected to come screaming and murdering down into Europe with their hordes of followers. One could call these maps examples of conspiracy theories from the Middle Ages.

Religious beliefs, which are another universal feature of our kind, are full of stories and explanations which have no basis in fact, and that’s why religion requires “faith,” the ability to believe in something that cannot be proven. The point is people everywhere fill in the blanks all the time because they need answers to feel safe or comfortable.

Anthropologists have various hypotheses about why humans have such big brains which started to happen about 1.5 million years ago in our paleontological history. Those theories posit that big brains were favored because they provided a selective advantage in the areas of tool use, puzzle-solving, or keeping track of social relationships. But no matter the initial selective advantage, humans ended up with way more brainpower than we can handle. People drink alcohol, smoke marijuana, take pills, shop, watch TV, read, eat, have sex, listen to music, talk with each other endlessly, and meditate, just to calm our ever-chatty brains.

Embracing conspiracy theories, I suggest, is just another way to fill in the mental space that is left over after thinking about all the stuff we need to think about to survive. The problem is that real life, especially in an economically advanced country, leaves a lot of room for spacing out or speculating. The danger is that those who burrow into conspiracy theories don’t realize that they are being tricked; instead of utilizing a powerful brain for puzzle solving, their particular puzzle is a mirage.

Humans simply have too much time on their hands and way too many active brain cells, and so we are stuck with the soundtrack of beliefs that we make up and shove into our heads. Anything to keep the buzzing confusion at bay. If only the big human brain also came with the hard-wired ability to recognize foolishness when we see it, especially in the mirror.

The Evolution of Waiting