There Might Just Be an Antidote to Our Ingrained Selfishness 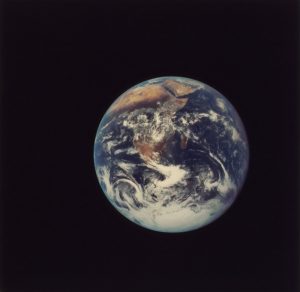 The answer is yes.

According to biologist Bobbi Low of the University of Michigan and science writer Matt Ridley, humans are innately selfish beings who lean toward consuming all the planet’s recourses for themselves with little or no regard for others. But, they argue, with a shift of focus that very same selfishness could also be harnessed to slow down the process and possibly save the earth for future generations.

Although this article is twenty-eight years old, it resonates like a clarion call during these times when the effects of human-caused climate change are bearing down so universally, and so clearly. Combining the tenants of both the disciplines of biology and economics, the authors suggest that people are innately interested in themselves. For economists, this means money, that is, the pull of making lots of money to buy things or exert power with riches. For biologists, self-interest has more to do with promoting one’s genes into the next generation, which is an unconscious urge set in place by natural selection. Together, these disciplines acknowledge the universal human suite of behaviors that puts oneself and one’s family before all others. As such, humans are not creatures who cooperate readily, unless there is something to gain personally (in terms of money, survival, or reproduction) in helping others or forming cooperative alliances. That ingrained attitude makes asking people to change their ways and save the planet for everyone, for people they don’t know and will never meet, highly problematic.

We come to this selfishness by way of our human forbears who split from a common ancestor with apes about five million years ago. Humanity began as a species that most likely lived in small kin-based groups, hunting and gathering across savannahs and into forests for food and water. The hunting and gathering lifestyle meant cooperating with others to track, fell, and butcher animals. Gathering foodstuffs also meant working with others to trade information about the whereabouts of ripe fruits and the distribution of edible plants. These early humans were social animals and they depended on each other for survival. But the key here is that their groups were presumably formed by individuals who had genes in common and so cooperation, but only for those close at hand, was favored by natural selection.

But as the human species increased in population size and began its migration out of Africa and into other continents, we increased group size beyond relatives and eventually settled down. In that new population dynamic, we held on to our self-serving ways and started putting up barriers to those outside our inner circles. We also wiped out all large game in our path, cleared forests, built sprawling cities, and became the biggest users of non-renewable resources. Archaeologists have shown that this resource-blind pattern of human recklessness with our environment has a very long history; we’ve always been like this. And that’s why it’s now impossible to awaken people to the dire state of the planet.

So far, what we’ve tried are government regulation and punishment, and that isn’t going so well. First, you have to convince the government and the populace that there is a problem, then make laws and go after companies. That process is fraught with shifting politics, a lack of data, and the human penchant to interpret results to fit one’s preconceived notions.

We’ve also tried a combination of shame and financial reward. Being paid seems to work the best—people recycle soda bottles when they get their five-cent deposit back but are less likely to recycle when they get nothing. Shame is less successful; it might make someone stop wearing a fur coat, or buying ivory, but shame doesn’t seem to work that well on large companies that pollute the atmosphere.

And let’s face it, appealing to our “better natures” does absolutely nothing. Environmentalists have, for decades, tried to convince people that the beauty of nature is worth saving, but it has taken repeated hurricanes, endlessly hot summers, and weirdly warm winters for most people to notice that something bad is happing. Unfortunately, in the real world that epiphany hasn’t yet translated into a huge revolution in mass consumerism or environmentally reckless use patterns. Or perhaps these issues, which are embedded in the existential possibility that the world might or might not end is just so far away from dealing with the everyday tasks of life that it’s easy to ignore the imminent danger. We just can’t think that big.

For Low and Ridley, there is only one answer. They suggest that we might do better if we treat saving the planet like the modeling game “prisoner’s dilemma” which tests for the best strategy when deciding to cooperate or not. In the many iterations of this game, the best choice turns out to be “tit-for-tat” which means cooperate at first but if the other person does not cooperate in return, do whatever they do, tit-for-tat. Tit-for-tat (or reciprocity) can build cooperation over time. It sometimes ends badly for both parties (called a “tragedy of the commons”), but for a while, it works well.

So, is tit-for-tat the strategy that might help the planet not die from climate change and other environmental disasters that are essentially produced by a segment of the world’s population but felt by all (think carbon emissions)?

We’d have to embrace the tit-for-tat strategy on a worldwide basis. That’s why trade sanctions often work, Low and Ridley say, and such sanctions could be used for environmental damage as well.  Sure, sanctions translate into money lost and come with a nice dose of shame, but the bottom line is “if you do this, we will do that” and the threat of equal retaliation often pulls a country in line. In essence, sanctions force cooperation. In the years since this article came out, we’ve seen sanctions work against counties and get results, and maybe it’s time to use it on corporations as well as individuals. Sure, pump pollution into the air but we will revoke your manufacturing license. Buy a gas guzzler, but you will be taxed to death made to park outside town. (An obvious aside: If you don’t wear a mask to protect the collective good, you can’t come into this store.)

As they conclude, “We are merely asking governments to be more cynical about human nature. Instead of being shocked that people take such a narrow view of their interests, use the fact. Instead of trying to change human nature, go with the grain of it. For in refusing to put group good ahead of individual advantage, people are being both rational and consistent with their evolutionary past.” In other words, consequences imposed by the whole on a smaller group will make them toe the collective line and be cooperative because not doing so hurts.

But the very word evolution means change, and although we can’t change the genes we have today, perhaps over many generations there might be selection for innate cooperation aimed at the larger whole, which now means 7.7 billion other members of our species with whom we no longer hunt and gather. Only time, and evolution, will tell.